... i was down, my usually well-controlled seasonal affective disorder stimulated by some recent negative news, so i sent a little note to john, "would you like to go out for a couple of hours and see if we can find some pictures" ... i'm sure he was able to decipher the hidden part of my message, and he responded immediately, which if you're looking is as good as you'll every find for a definition of friendship ...

... we wandered up to the wire bridge in north new portland ... the carrabassett was open, but large chunks of ice scattered along the shore were evidence that last week's unseasonal torrential rain had flooded away the upstream ice floes ... 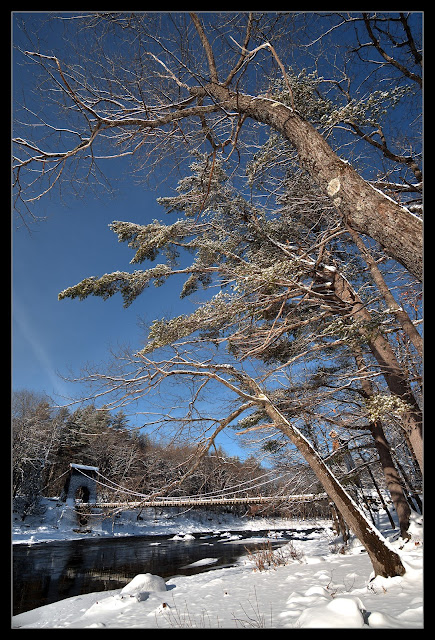 ... blue sky, temperature hovering right at freezing, no wind, it was a beautiful day ... 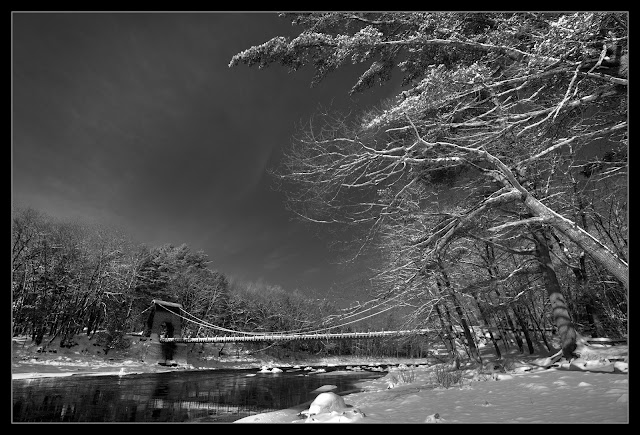 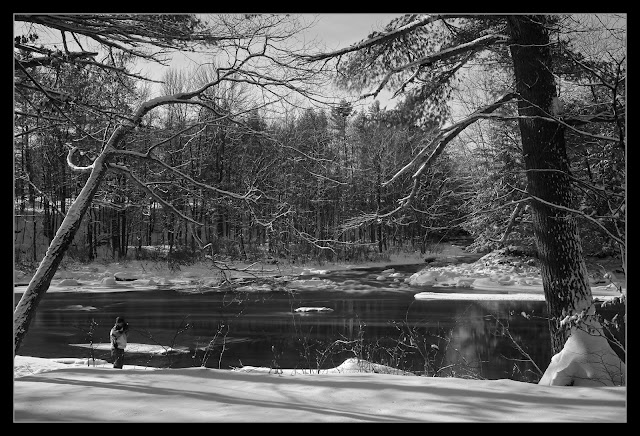 ... i captured an image of him as he photographed the upstream view ... 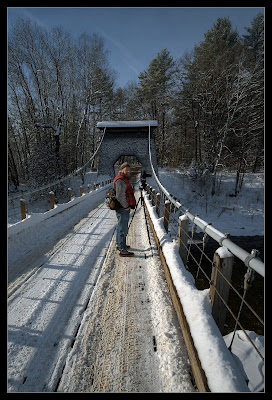 ... walking across the bridge deck, i paused to admire the crystal warmth of the sunlight reflecting off the waters below, and, in that moment, i ceased to be lost ... 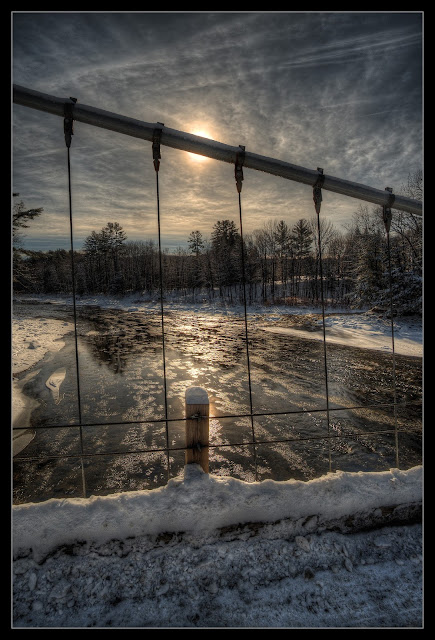 ... over one-hundred fifty years old, the bridge's patient cable anchors served me reminder of things of which i needed reminding ... 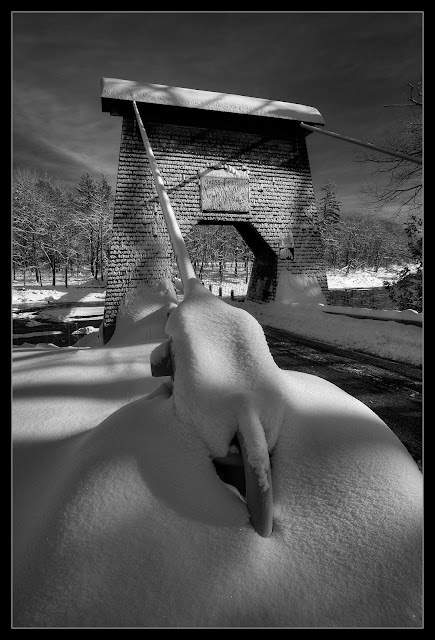 An old man going a lone highway,
Came, at the evening cold and gray,
To a chasm vast and deep and wide.
Through which was flowing a sullen tide
The old man crossed in the twilight dim,
The sullen stream had no fear for him;
But he turned when safe on the other side
And built a bridge to span the tide.

“Old man,” said a fellow pilgrim near,
“You are wasting your strength with building here;
Your journey will end with the ending day,
You never again will pass this way;
You’ve crossed the chasm, deep and wide,
Why build this bridge at evening tide?”

The builder lifted his old gray head;
“Good friend, in the path I have come,” he said,
“There followed after me to-day
A youth whose feet must pass this way.
This chasm that has been as naught to me
To that fair-haired youth may a pitfall be;
He, too, must cross in the twilight dim;
Good friend, I am building this bridge for him!”

... this is my fuji x-t1 ... the little iridescent rectangle is the camera's CMOS (Complementary Metal–Oxide–Semiconductor) image sensor, which serves the same function as film did in the olden days ... this particular APSC-sized sensor, produced by sony, is 9/10"x6/10" (similar to the now ancient "half-frame" 35mm format) ...

... the fuji's sensor has 16,700,000 tiny little cameras imbedded upon its surface ... each of these little units will record a single point, or "pixel," of the overall image ... this is akin to an artist producing a picture by placing many tiny dots of paint on a canvas rather than using brush strokes, as in this sample of pointillism from paul signac's 1892 femmes au puits ... 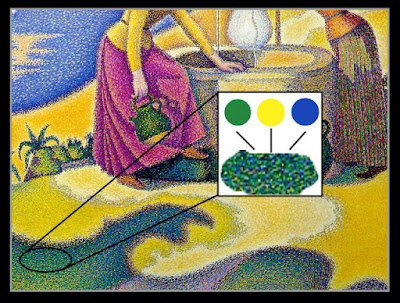 ... the size of each of these little CMOS sensors determines the ultimate "sharpness" of the pictures which can be produced ... avoiding the technical, a 16-megapixel sensor camera with a modern lens will record images at least equal in sharpness to any my father could produce using his beloved petri flex v ...

... now to the absolutely fascinating part of all this ...

... each of those teensy-tiny little CMOS sensors looks like this ... 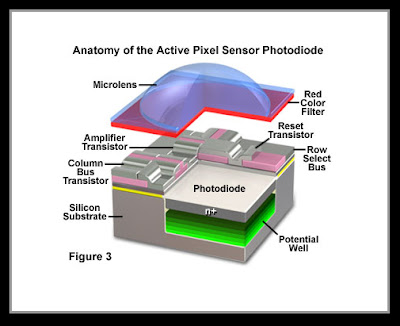 ... this is what they look like under a microscope ... 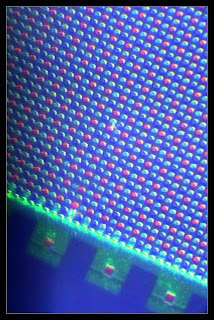 ... to give you an idea of their minuscule size, image that each of the sensors is one-inch square ... if they were this big, then the camera's CMOS sensor would cover almost 2-1/2 acres, or, including the end zones and sidelines, approximately two football fields ... !!! ...

... and, of course, this has virtually nothing to do with taking a good pictures ...
Newer Posts Older Posts Home
Subscribe to: Posts (Atom)