... i drove out to mt. vernon to do a bit of work on my motorcycle and have a visit with c.j. ... after an hour or so of some "making it fit" modifications and a nice chat with my friend, towards the end of daylight i headed back to waterville ...

... as i was cutting through the s-curve leading to the bridge over the narrows at castle island i noticed how the setting sun was playing its light across the frozen lake, so i pulled the car off to the side, set the blinkers, and took a stroll ... 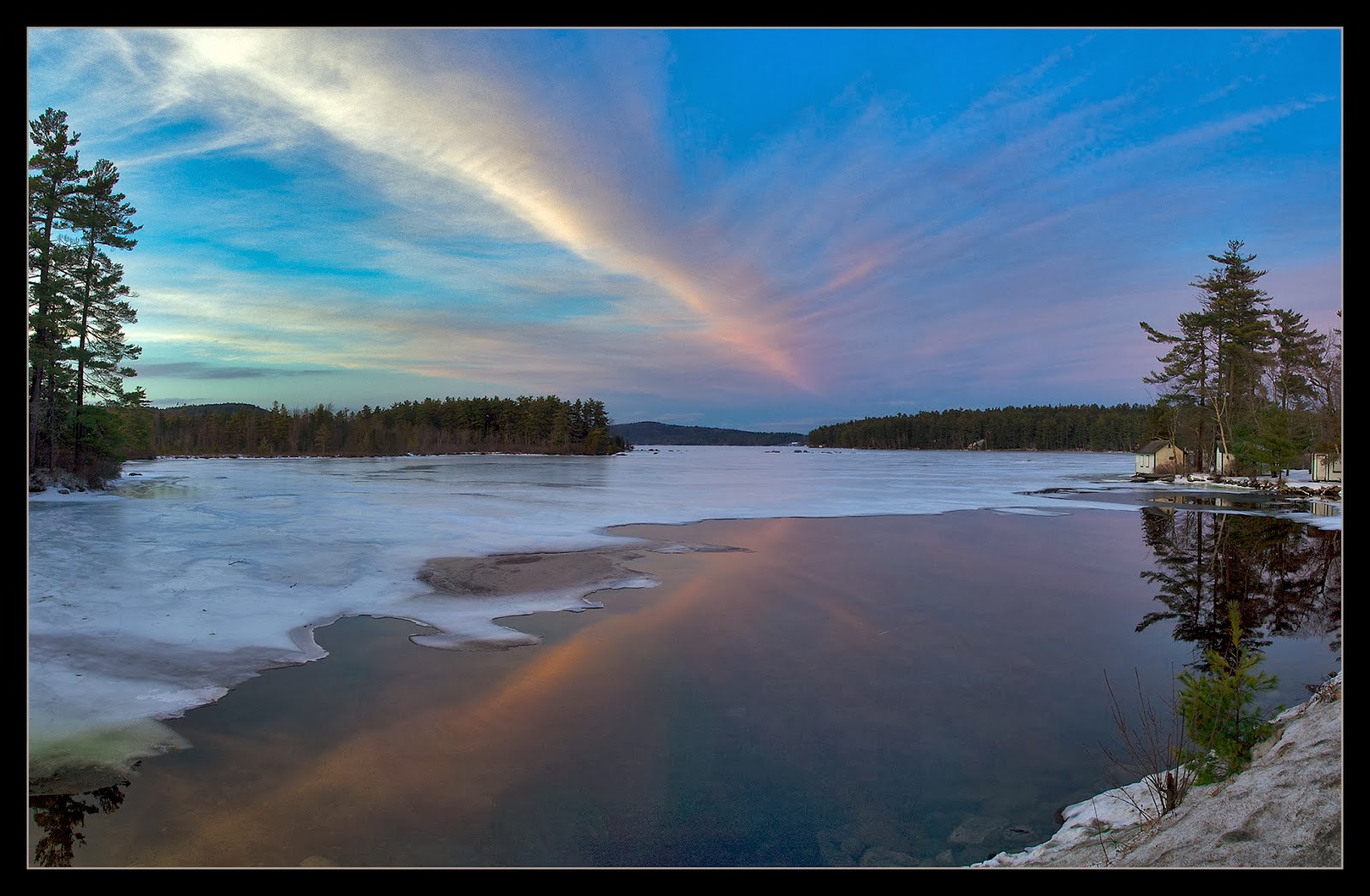 ... this was the scene early on during the sunset ... as the sun descended towards the horizon it began to cast its light through a sky crystal-clear to southwest, so, somewhat paradoxically, for a few minutes it actually became brighter as night approached ... 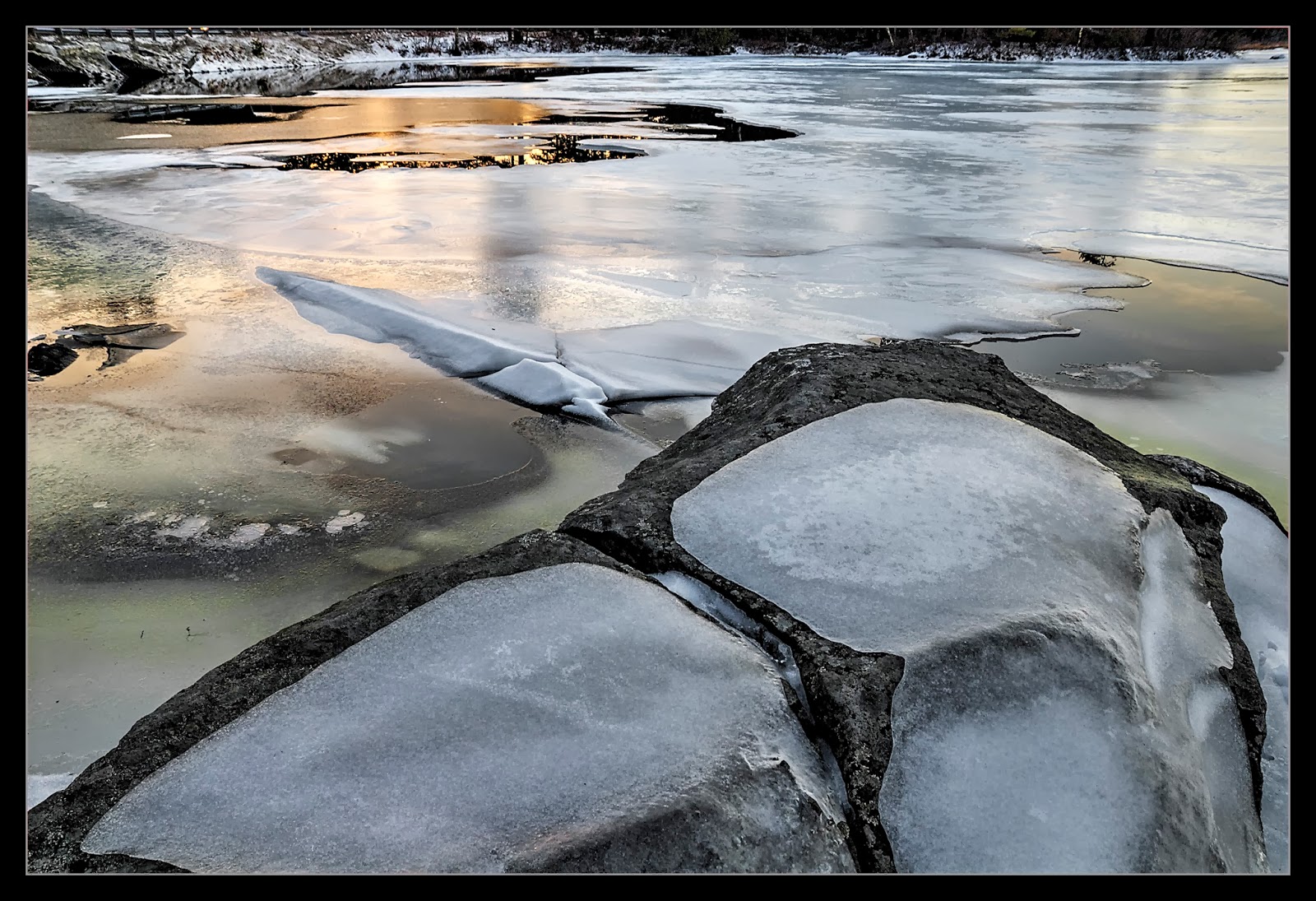 ... i was fascinated by the gentle light which reflecting off the frozen lake softly illuminated the ice encrusted boulders along the shore ... 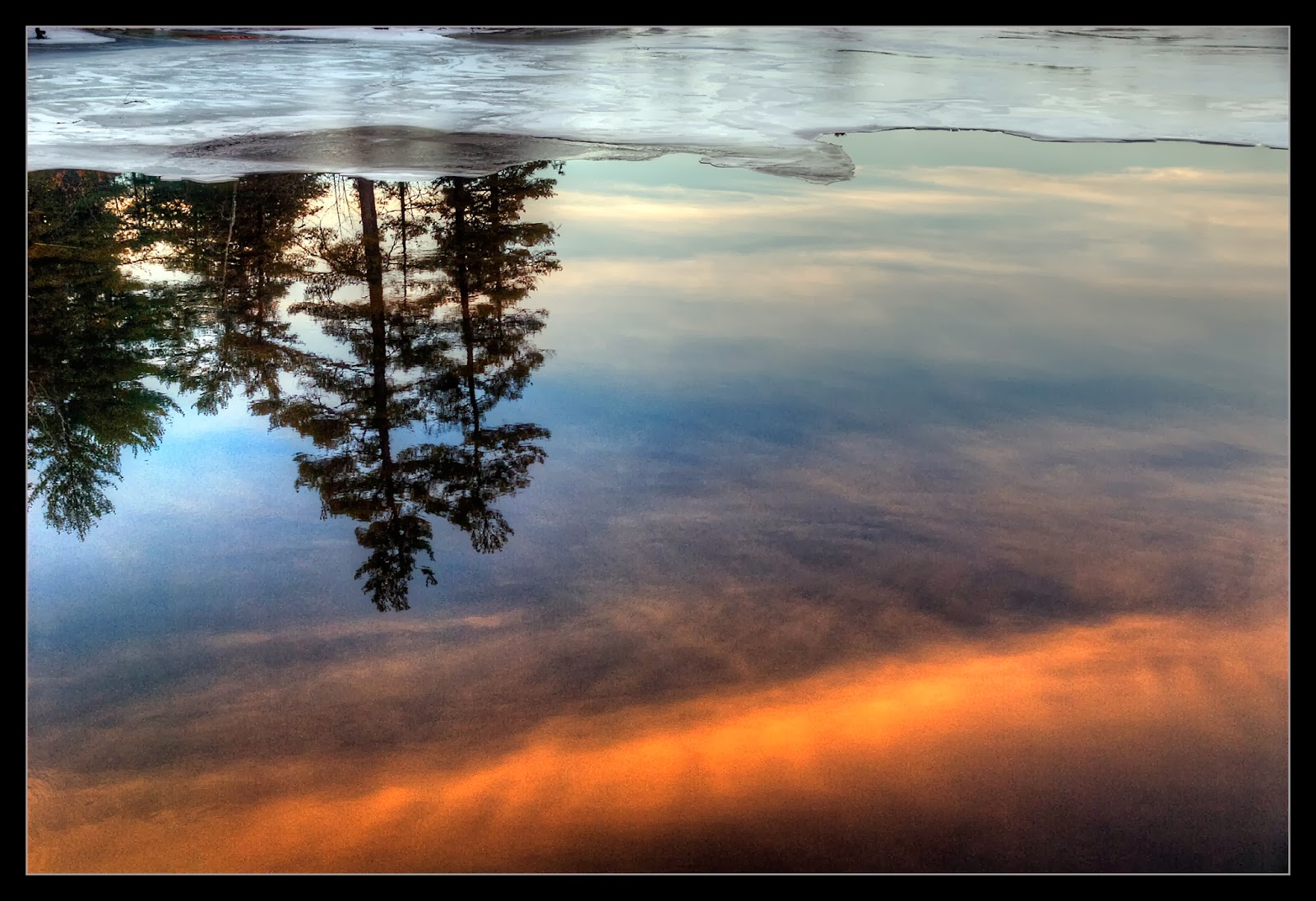 ... and i was transfixed witnessing the arctic-like depths momentarily capture the warmth of the sky in a frigid embrace ... 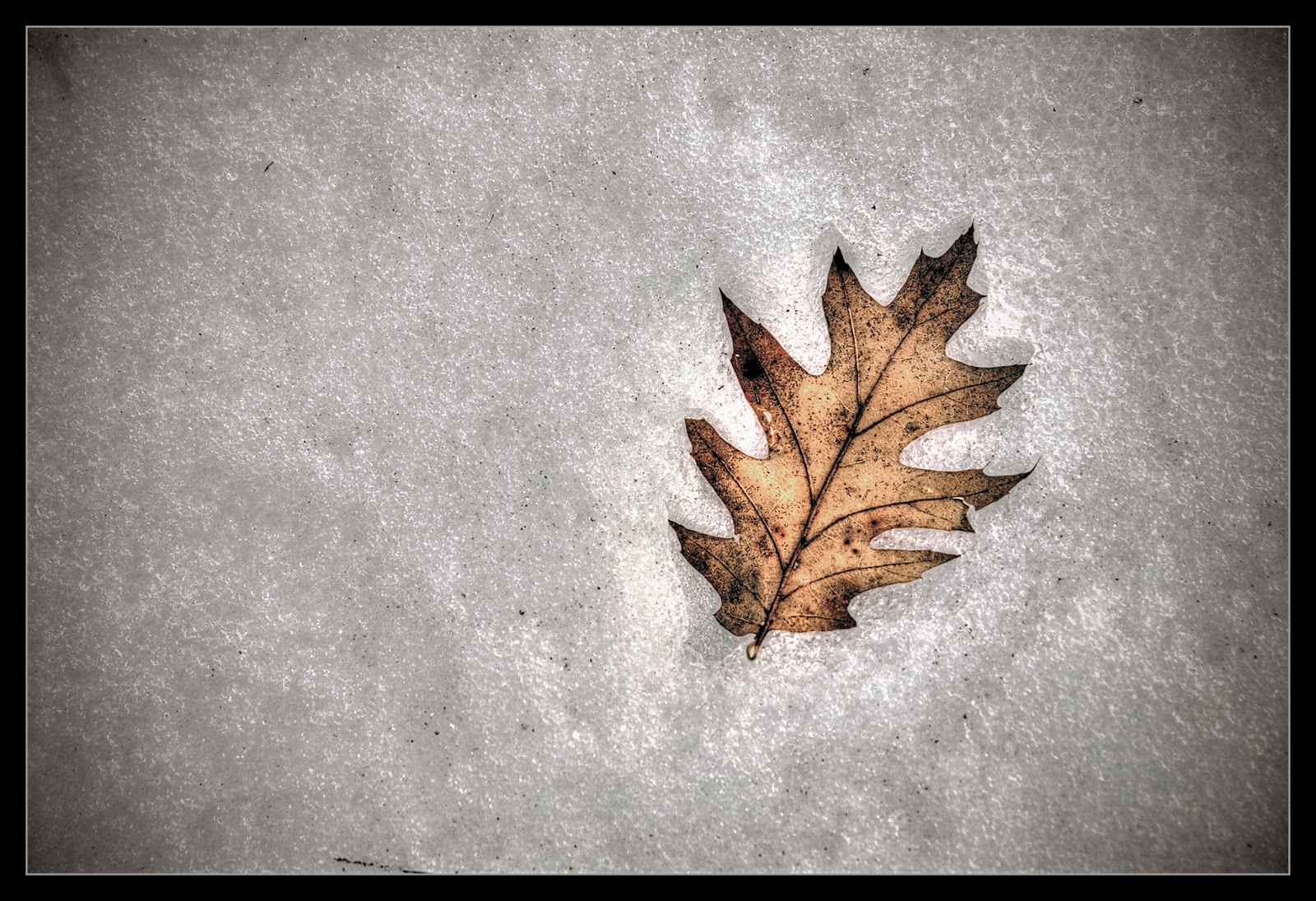 ... at my feet, more evidence of autumn's determination to never end ...

... i snapped fifty-sixty pictures before i drove away ... behind me along the darkening shore of the pond i left a few things i didn't need, some of which most likely had never really been mine to own ...

Sunset and evening star
And one clear call for me!
And may there be no moaning of the bar,
When I put out to sea,
But such a tide as moving seems asleep,
Too full for sound and foam,
When that which drew from out the boundless deep
Turns again home.
Twilight and evening bell,
And after that the dark!
And may there be no sadness of farewell,
When I embark;
For though from out our bourne of Time and Place
The flood may bear me far,
I hope to see my Pilot face to face
When I have crossed the bar.