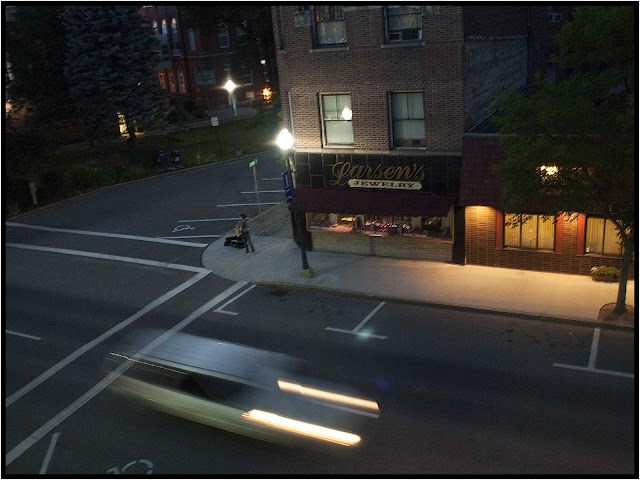 ... because tomorrow the center of town will be closed off for the annual "taste of waterville" street festival, returning home from dinner we had to park the car in the lot down by the river ... strolling back to the apartment we encountered a young man standing on the corner singing and strumming away on his guitar ... asked why he was "working the sidewalk," he responded, "i live in sidney ... i just ... i just had to get out and play" ... i dropped a ten dollar bill into his instrument case, not that i'm rich or anything, but i do so admire courage ... only a scattering of change and a few dollar bills to show for his efforts, his eyes widened at the sight of the sawbuck, which, as far as i'm concerned, made it an absolutely perfect investment ...


"A hero is someone who understands the responsibility that comes with freedom."
ROBERT ALLEN ZIMMERMAN
Newer Posts Older Posts Home
Subscribe to: Posts (Atom)